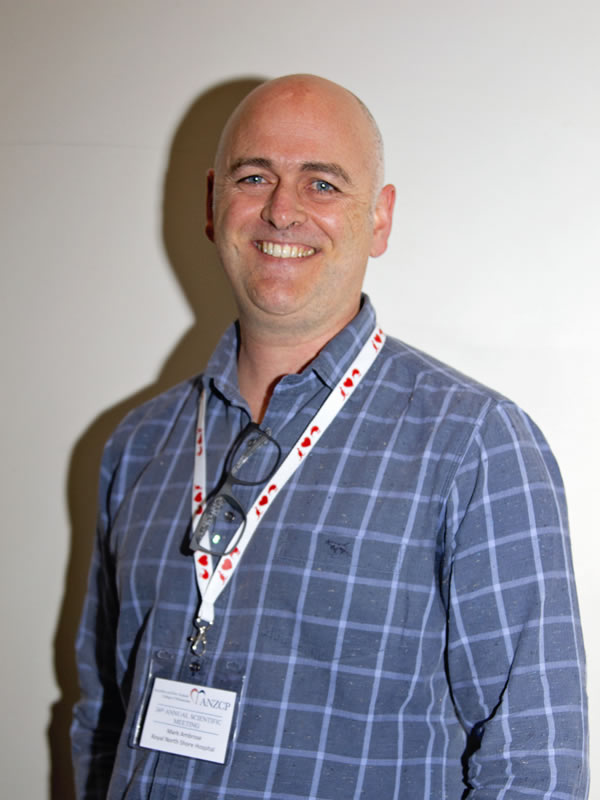 Mark graduated with a Bachelor of Nursing in 1996 and began his career as a Registered Nurse. It was during his time working in Cardiac operating theatre that he discovered the world of Perfusion. He consequently began training in Perfusion at Sydney’s Royal North Shore Hospital in 2002. After completing the Australasian Board Cardiovascular Perfusion post-graduate course in 2007, he became a full Fellow of the Australian and New Zealand College of Perfusion.

Mark went on to participate in volunteer work in Fiji with Operation Open Heart and has been involved as an instructor at the Australian Simulation and Perfusion Meeting. Mark has presented at a number of Annual Scientific Meetings of the ANZCP, receiving meritorious awards.

Mark’s relationship with the Australian and New Zealand College of Perfusion began with student membership. As a full fellow of the College he became involved with the ANZCP executive in 2015 as the Vice President. He went on to become acting President in 2016, and was then elected into the role of President of the ANZCP in 2017.

Today Mark continues to work at Sydney’s Royal North Shore Hospital as the Deputy Director of the Department of Perfusion. He is passionate about specialist perfusion for complex Aortic Surgery and the use of perfusion simulation. He remains committed to the growth and recognition of Perfusion in Australia and New Zealand.